The Circular Economy Initiative Deutschland (CEID) was founded in 2019 on behalf of the Federal Ministry of Education and Research to promote Germany's transformation into a circular economy (CE) through a multi-stakeholder approach. It aims to develop a joint target vision+concrete plan on how to foster this transformation. CEID also stimulates practical implementation in the form of collaborative projects.

CEID is structured in 3 working groups (WG) and based on a life-cycle approach: the Circular Business Models WG and the Packaging and Traction Batteries WGs, whose insights will serve as a basis for recommendations for action (politics, business and science) to be summarised in the Circular Economy Roadmap for Germany by 2021. 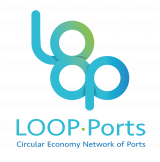 LOOP-Ports aims to facilitate the transition to a more circular economy in the port sector, providing an innovation ecosystem around port activity fostering circular economy initiatives, and facilitating the exchange of experiences and good practices. This network will focus on high-emitting materials, mainly metals, plastics, cements and biomaterials and has begun the following activities:

All port stakeholders are welcome to join the Circular Economy Network of Ports, which is funded by the EIT under its Climate-KIC Programme.

Circular Economy Transition aims to accelerate the transition of Switzerland to a Circular Economy. The programme operates in 5 Swiss cities: Basel, Bern, Geneva, Lausanne and Zurich.

In close collaboration with all Impact Hubs throughout Switzerland, sanu durabilitas and support of the MAVA foundation, this initiative will contribute to drive the new paradigm for the future of business, policy making and society through 4 main pillars:

Circular Europe Network gathers ACR+ members committed to improve their resource strategies and strengthen the sustainable development of their territory. The CEN will be helped by an Advisory Committee involving European experts from various backgrounds, in order to provide a multi-stakeholders input.

"Circular Futures - Plattform Kreislaufwirtschaft Österreich" is a solution-oriented multistakeholder platform that brings together professionals across relevant industries, the administration, politics, science and civil society in Austria. Circular Futures acts as a think-tank, incubator, and catalyst for projects and initiatives necessary for a successful transition to a circular economy in Austria.

Circular Futures AT is a collaboration between the Umweltdachverband and the European Environmental Bureau (EEB), the Reuse and Repair Network Austria (RepaNet), and the Verband Abfallberatung Österreich (VABÖ).

EN: The MarketPlace Circular Labs aim to give visibility to good practices and circular economy success stories developed by businesses and entrepreneurs in the north-west of the Iberian Peninsula (Castilla y León, Galicia and North of Portugal).

Circular Oslo promotes multi-stakeholder collaboration to accelerate the circular transition in the Oslo Region by sharing knowledge and expertise for reduced material consumption, while supporting regional activities having positive social, economic and environmental impact. To achieve this, Circular Oslo:

In 2019, Circular Oslo has begun mapping circular economy policy actions from the Nordic region and wider Europe to support the development of a national CE strategy for Norway.

Circular Point is a service hub set up by Geonardo Ltd to provide practical and business circular economy solutions for companies and organisations. Its versatile services allow its clients to choose the most suitable and relevant support their company or organisation needs to apply circular economy principles in their daily practice or product development.

Circular Point has a mission to serve both the efficiency and profitability of its clients, while creating a positive environmental, social and consumer impact as well. The circular economy offers a wide range of opportunities for innovation, better and long-term consumer relations as well as for reducing the negative ecological footprint and for the sustainable management of natural resources.

The Slovak Environmental Strategy prioritises the transition to circular economy. Building on the Transition to Green Economy process, the Slovak Ministry of Environment, alongside the Embassy of the Kingdom of the Netherlands, Institute for Circular Economy, PwC Slovakia, Slovak Business Agency and Slovak Environment Agency joined forces to by establishing Circular Slovakia in October 2019.

This platform aims to increase discussion between the public and the private sector, as well as between businesses about opportunities and barriers in the circular transition to result in new projects and partnerships. Simultaneously, Circular Slovakia will share good practice examples nationally and internationally while raising awareness of circular economy.