Towards circular economy in the plastic packaging value chain

Every day plants pull carbon out of the atmosphere through photosynthesis but release it when they decompose. Interface has taken specifically selected plant-derived carbon and converted it into a durable material that stores that carbon for at least a generation. The carbon is stored in the materials that make up the Proof Positive tile. 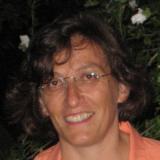 Laura Cutaia, researcher at ENEA is an Environmental Engineer (1996) with a PhD in raw materials engineering (2002). Her main research topics are:

Laura Cutaia is the Responsible of Laboratory for Valorization of Resources at ENEA , where she is working on circular economy and resource efficiency, industrial ecology and symbiosis, LCA, environmental certification schemes, REACH regulation and sustainable industrial areas (more information).

Laura Cutaia is also the President of SUN - Symbiosis Users Network (Italian network for industrial symbiosis) and the President of UNI CT 057 on Circular Economy that is working with ISO TC 323 on circular economy. UNI is the Italian competent body for standardization. 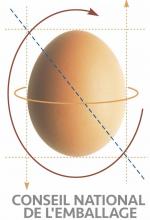 As is the case with Mr. Jourdain, who was unaware of what he was writing, industries involved in packaging have already implemented the circular economy model. Results in material recycling are relevant proof thereof. Industries are not getting involved in this process out for ideological reasons but because it often makes sense from an economical point of view. Since we were lucky enough not to be starting from scratch, we offered a tangible approach through illustration for each main material and/or packaging category from: glass to paper, cardboard, food cartons, steel, aluminum, wood, and plastic materials. This also includes the energy consumed by the different materials and the waste produced by all the different activities involved. By digesting some of the best existing or developing practices, we wish to make the circular economy model a fully-fledged part of the packaging sector. 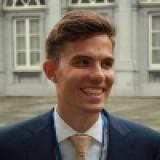 As an adviser for environmental and climate policy, Leon de Graaf particularly follows policies related to the circular economy, trade and climate, low-emission mobility, implementation of the Paris climate agreement (COP21) and the European emission trading system (EU ETS). He is also deputy manager of BusinessEurope's corporate Advisory and Support Group (ASGroup). Prior to joining BusinessEurope, Leon worked at the research consultancy Ecorys, focusing on renewable energy and international development issues, at DG COMP on energy and environmental subsidies in Europe, and at the Dutch Environmental Assessment Agency (PBL) on indirect ETS costs for energy-intensive industries. Leon has a MSc in environmental economics and climate change from the London School of Economics, and a BSc in business economics from the University of Groningen. 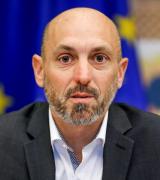 The Ellen MacArthur Foundation is a UK charity with the aim of accelerating the transition to the circular economy. Since its creation the charity has emerged as a global thought leader, establishing the circular economy on the agenda of decision makers across business, government and academia.

Jocelyn Blériot joined Ellen MacArthur in 2007, after 12 years spent in the media and publishing industry. Initially in charge of editorial matters at the Foundation (overseeing content development and messaging), he now fully focuses on leading the organisation’s institutional engagement. He notably represents the Foundation at the European Commission, and manages the relationship with governments and supra-national bodies such as the United Nations, the G7 Resource Alliance, the OECD or the World Economic Forum.

EcoEnergySF Oy has a biogas plant in the area of Metsä Fibre Bioproduct Mill in Äänekoski, Finland. The biogas plant processes the wastewater slurries of the BioproductMill, and turn those into biogas for transportation, carbon dioxide for pulping process as well as fertilizers and solid biofuel for boiler plants.

This joint venture is a successful and genuine example of a short circuit circular loop where Veolia and Jacobs Douwe Egberts developed a solution to use spent coffee grounds from the plant’s production process to produce steam.

The third edition of the Circular Change Conference will be a two-day interactive stream of indoor and outdoor events.

The HOTBIN is an innovative hot compost bin that super heats your food and garden waste to 60°c. It can suit not only individual needs, but also the needs of sport clubs, canteens or schools, mixing food waste with biodegradable plastics.

Circular Glasgow, hosted by Glasgow Chamber of Commerce, will connect with companies across the city helping them to open up new revenue streams, increase competitive advantage and realise financial savings using a range of practical tools.

Access the Conference page
Financing the Circular Bioeconomy: Structuring an Investment Platform to Improve Access to Finance in Europe

A market consultation conference, hosted by the European Investment Bank and the European Commission, to raise awareness of an upcoming investment platform to improve access to finance of bioeconomy companies in Europe.

In the city of Almere, innovative waste project turns water plants into paper

Organisation or Company:
City of Almere

The city of Almere, working together with local stakeholders and the company Millvision, has developed an innovative circular economy partnership. Mowed plants from the local lake instead of just being disposed of, are now being integrated by Millvision, a paper company, in to biomass blends used to produce sustainable paper.  The aquatic plant is a local and renewable input to the production of the paper but it also "circular" as something that would be discarded as waste is re-valued as a raw material used in production.

The main objective of SEA-MATTER is to demonstrate and validate the reuse of coastal algae and seaweed accumulations as raw materials in composites industry.

Biopolymers from bakery waste: now you can eat your cake and wrap the next cake, too

BREAD4PLA is a project conducted by a consortium of four European organisation led by AIMPLAS.

It seeked to demonstrate, in a pre-productive pilot plant process, the viability of poly(lactic acid), a bioplastic polymer (PLA), synthesized from waste products of the bakery industry for the production of bakery packaging.

Port of Rotterdam: cyclists can enjoy a like-new bike lane, thanks to a bio-based ‘rejuvenator’ for recycled asphalt

Organisation or Company:
Port of Rotterdam

The Port of Rotterdam Authority and the Municipality of Rotterdam in partnership with KWS Infra and Arizona Chemical to deploy recycled asphalt. The processing of rejuvenation utilizes a "rejuvenator" using raw material extracted from pine tree by-products. 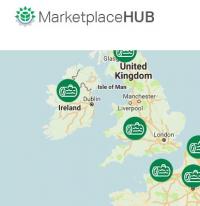 Secondary raw materials have a place of their own in the economy, but sourcing them or selling them can prove difficult in the absence of a structured market. MarketPlaceHub offers great visibility and search options for those economic operators needing easier market identification.

An innovative, industrial-scale, multidisciplinary bio- and circular economy business area, ECO3, is being built. A new creative ecosystem has been developed, which exceeds traditional sector boundaries, and in which one person’s waste is another’s commodity. The plant is expected to be fully operational in 2018.

Offer and demand in secondary raw materials? Make the perfect match on MarketplaceHub 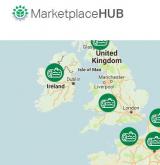 Marketplace Hub maps raw materials markets and industrial synergy networks worldwide by both their locations and what material they trade. It aims to aid interested businesses to find where they could source or sell their materials secondary raw materials.
Best practices, policies, and lessons learned are also included in the interactive web-based platform.