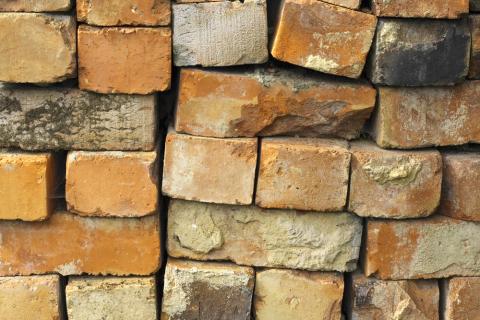 In 2018, Hjørring Municipality in Denmark decided to embark on a pilot project to increase the recovery and recycling of bricks when procuring demolition services for two buildings at the end of their functional life. Once cleared, the sites were earmarked to be a part of a new climate adaptation project, including a new rainwater collection basin and recreational area at the site of the former police station.

In  order  to  assess  the  resource  recovery  potential  of  the  sites,  Hjørring  Municipality  first  carried  out  a  feasibility  study, including a thorough screening of the buildings for toxic substances such as lead, polychlorinated biphenyl (PCB), heavy metals and asbestos, in order to ensure that all materials were properly accounted for and could be handled and disposed of appropriately.

Requirements for dismantling bricks were created in collaboration with a municipal waste disposal company with expertise in brick recycling.

In Hjørring, the dismantling of the police station resulted in 14 900 bricks for recycling, and 7 000 were recovered from the second building. In total, this means more than enough bricks were reclaimed to build an average-sized single-family house (around 16 000 bricks). In addition, every recycled brick means that 0,5kg of CO2 is saved, resulting in total savings of 10,95 kg of CO2.

As a result of supplier interest and competition, the Municipality found that dismantling requirements can be carried out at the same price level as traditional demolition.