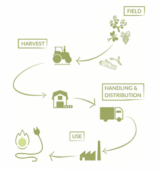 By identifiying good practices in turning biomass to heat or power, the uP_running project is unlocking the strong potential of woody biomass residues produced by Agrarian Pruning and Plantation Removals.

Catalunya Circular was launched on the 9th of May 2018 in Barcelona and it already has around 20 member organizations. Its aim is to become a central point of reference for circular economy (CE) in Catalonia.

Besides providing useful knowledge and information on CE, Catalunya Circular offers an opportunity to raise awareness about the work done by Catalan businesses and society by publishing details of their CE initiatives. These initiatives are geolocated on an interactive map and can be selected using a search engine that allows users to look for projects by keyword and/or type of economy. 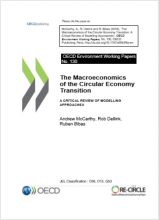 Do we have waste in 2030? - The role of municipalities in the transition to a circular economy

Organisation or Company:
The Norwegian Association of Local and Regional Authorities

The purpose of the project has been to highlight the possibilities the municipalities and regions have to accommodate a more circular economy in the future.

Strategy of the Government of Catalonia: Promoting Green and Circular Economy in Catalonia 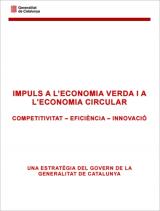 The Strategy for Promoting Green and Circular Economy of the Government of Catalonia aims to foster sustainability as a strategic area to attain economic recovery, increase competitiveness, create jobs, and reduce environmental risks. This strategy is structured into key policies' areas for promoting green and circular economy: the generation of demand and creation of markets, the improvement of the access to funding, the stimulation of research, development and innovation, the boosting of internationalisation and the promotion of employment and entrepreneurship. This strategy therefore contextualises the concept of green and circular economy in Catalonia. At the same time, it is a strategic roadmap that establishes the main areas of work for the medium-term, which are essential to promote this model in Catalonia.