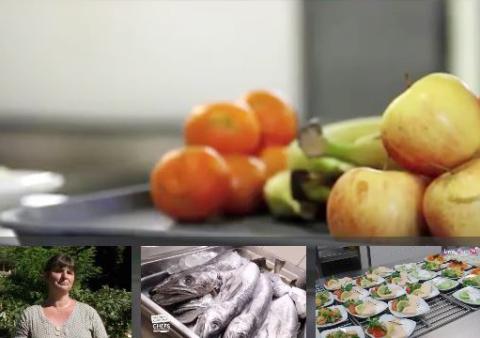 At the end of 2014, the Lozere Department engaged in a territorial plan of waste prevention.

Among the different actions, the Department has implemented an action in three pilot colleges to fight food waste in the canteens. The ambitious and transversal program involved actors at all levels in the college: director, manager, kitchen team, teachers, students and their parents.

In practice, the actions implemented in the three pilot colleges addressed:

The action conducted in the pilot colleges allowed to draw the following conclusions, leading to a more systematic way of further implement this commitment at Departmental level:

- actors of the operation agree on the importance of appointing a referent or a team in each institution to continue the actions taken and organize a minimum 1-2 weight evaluation of waste per year, with a double aim of awareness and keeping track of indicators.
-Awareness of teams and students must be sustained in the long term, for instance with yearly animations (at least during a weigh-in) to maintain interest.
-Ideally, the fight against food waste should be included in the college governance program (duration 3 years), to mobilize all the actors