Study on the economic impact of extending warranty rights in Europe

The study analysed the economic effects of the transposition of Directive 1999/44/EC concerning warranty rights, which had to be transposed into national law by January 2002. A number of publications had suggested that strengthening warranty rights for consumer goods as foreseen in the directive could increase the price level of these goods, possibly resulting in a reduced purchases. The study addressed both questions by analysing data from several EU countries. The first question was addressed by analysing inflation rates of general prices and of prices for the consumer goods affected by the directive in the time period 1998 until 2002. The second question was analysed by looking at the share of consumers who used online consumer-to-consumer markets, which were not covered by the warranty rights foreseen in the directive.

The comparison of inflation rates for consumer goods showed that inflation rates for consumer goods were below the general inflation rate between 1998 and 2004. Therefore, between 1998 and 2004 prices for the different groups of consumer goods covered by the directive did not increase but actually appear to have decreased slightly. This effect has been found for all countries analysed with no significant differences between countries transposing the minimum standards and those that went beyond. The second part of the analysis addressed the question if a developed market for online consumer-to-consumer selling of goods exists, for which the new seller's warranties weren't valid. In case of price increases for business-to-consumer markets – which have not been found in the first part of the analysis – part of the transactions could be transferred to these markets. The analysis showed that the vast majority of consumers in Western European countries used the internet regularly to purchase goods, including the online-platform Ebay. In case of increasing prices for consumer goods because of strengthened warranty rights, part of the transactions would move to online consumer-to-consumer markets rather than resulting in an overall decline of consumer goods purchases. The general conclusion was that over the analysed time period no negative impact of strengthened warranty rights on the price level of consumer goods could be found.

In operation since 2007, PET to PET Recycling Österreich GmbH focuses on the production of food-grade recycled PET, which is used for “bottle-to-bottle recycling”, a globally unique and resource-efficient recycling loop in which old PET bottles are turned into new ones.

Recycling is easy in Italy: Just a click away with Junker

"Junker" is an app which recognises products with a single click on their barcode, and provides people with all the information they need to recycle their components correctly and quickly. It makes waste disposal easy, thanks to the Internet of Things and user crowdsourcing.

Printer cartridges are seen as a single-use product by printer and cartridge Original Equipment Manufacturers. However, most of today’s printer cartridges fall within the scope of the WEEE-2 directive.

The FISSAC project involves stakeholders at all levels of the construction and demolition value chain to develop a methodology and software platform, to facilitate information exchange, that can support industrial symbiosis networks and replicate pilot schemes at local and regional levels.

Organisation or Company:
Association of the Austrian Cement Industry

Increasing the demand for repair services and Networking for repairing companies

Toss it in the bin: anti-littering-initiative by Altstoff Recycling Austria

Founded in 2012‚ "Reinwerfen statt Wegwerfen" is a voluntary initiative of Austrian businesses, based on an agreement between Austrian social partners and the Federal Ministry of Sustainability and Tourism to improve the ecological performance of packaging by creating public awareness, preventing and reducing littering and promoting the separate collection and recycling of packaging. 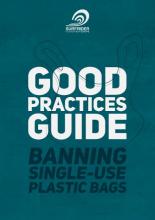 8 billion plastic bags end up in the environment in Europe every year. They have dramatic impacts on the environment, and especially on marine ecosystems, killing every year thousands of marine animals, and affecting no less than 260 different species.

Good repair services and upgrade options for end users or manufacturers in Europe provide a longer life option for all high-end audio products manufactured and distributed by the members of the High End Society e.V. 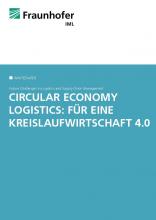 Following the business model of a sustainable repair shop, R.U.S.Z is a social business which started back in 1998, as a work integration social enterprise for long-term unemployed persons.

Mosca's PET strap is made from 100% recycled material: the so-called "bottle flakes" are a result of recycled plastic bottles coming from the empties of discounters.

Cities and regions in Alpine Space have mainly set their low-carbon objectives and adopted relevant strategies in energy, mobility, construction aso. The project GREENCYCLE aims to introduce the system of circular economy as a holistic approach to support implementation of low-carbon strategies and provide additional 2-4 % greenhouse emission reduction to the partner cities.

Aurubis, an expert in multi-metal recycling, and Grillo-Werke, specialised in zinc and sulphur products, cooperate to make a perfect closed loop for non ferrous trace elements.

Residual zinc from copper production is used by Grillo-Werke as a secondary raw material for zinc sulfate. Residues from this production - including copper, tin and lead - are then fed back to Aurubis.

Waste to Energy all the ways in the district of Leoben, Austria

Organisation or Company:
Waste management board - district of Leoben, Austria

In the district of Leoben, about 12 300 tons of municipal waste were buried without any energy recovery until 2003. Since 2004, landfill regulations prescribe a pre-treatment of waste before landfill deposit and a new scheme for waste management with multiple treatment options allowed a reduction of municipal waste to a quarter and the production of heat and electricity for local use.