First meeting of the second mandate Coordination Group - what's next for 2020-2023? 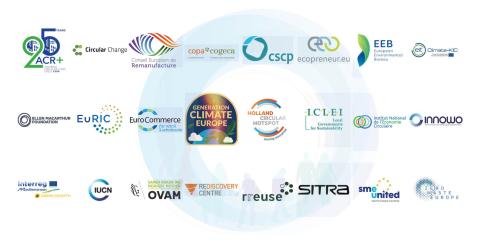 As provided for in the Platform's rules of procedure, members of the Coordination group are selected through an open call for expression of interest for a 2.5-year mandate. The second call took place over summer 2020 and the renewed Coordination group was selected in early November 2020.

The first meeting of the newly-selected ECESP Coordination Group was held on 18 November 2020. Bringing together the 24 Members and the institutions supporting the ECESP, a lively debate was held on the plans for the new CG to steer the Platform and foster the debate among the Circular Economy community.