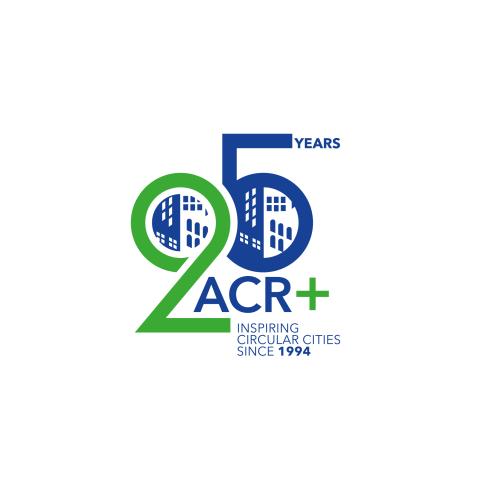 Did you know that ACR+, the Association of Cities and Regions for Sustainable Resource Management, has been at the service of local and regional authorities for 25 years already? The annual ACR+ General Assembly, hosted by ACR+ member the Eastern Midlands Regional Waste Office (EMWRO) in Dublin on 13 June 2019, provided an opportunity to celebrate this anniversary.

ACR+ President Iain Gulland opened the event by emphasising the importance of joint action at international level in order to address the sustainability challenges of our time. Following a review of past and upcoming activities by the ACR+ Secretariat, several members took the stage to present some of their outstanding projects. Participants then gathered in workshops on:

These discussions will help prepare the upcoming Work Programme and make sure that activities developed by ACR+ are addressing its members’ needs. The General Assembly also provided an opportunity to welcome and meet some ACR+ new members, including Pays de la Loire (FR), Arnhem-Nijmegen (NL) and Tuscany (IT).

Another key initiative announced during the General Assembly was a campaign aimed at helping public authorities reduce their CO2 emissions across the entire lifecycle of products. The campaign is the result of the joint efforts of ACR+ members who together have defined several elements such as the scope of the initiative: the waste fractions to tackle. The campaign will be launched on 19 November 2019 during the European Week for Waste Reduction and include tools specifically targeting public authorities.

In addition, ACR+ has been heavily involved with furthering the circular economy throughout its work on: