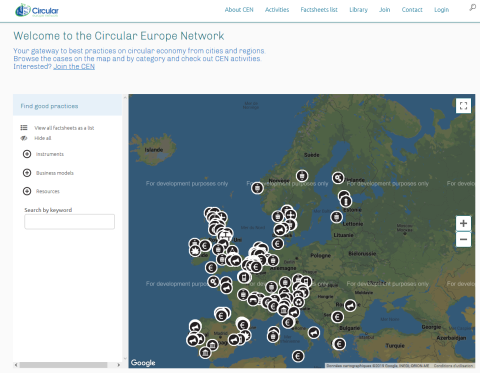 To continue the work started through the Circular Europe Network and as part of its activity within the Urban Agenda Partnership on Circular Economy (UAPCE), ACR+ has contributed to the discussions and exchanges of expertise on two UAPCE actions related to:

One of these actions is led by ACR+ member The Hague with a view to developing a roadmap for resource management at city level by the end of 2019. The purpose of this roadmap is to provide cities with a clear outline on how to improve their resource efficiency based on:

The second action, led by Oslo, has resulted in a report on indicators for circular economy transition in cities. After mapping and consultation exercises,  30 indicators have been identified, categorised according to:

A follow-up workshop will take place 8 October 2019 in Brussels druing the European Week of Regions and Cities.

The CIRCTER consortium has simultaneously published its final report containing:

A series of maps illustrating the territorial dimension of circular economy is also enclosed. CIRCTER’s main policy messages are the following: