ENEA researchers achieve progress toward lithium-sulphur batteries, that reduce the use of critical raw material 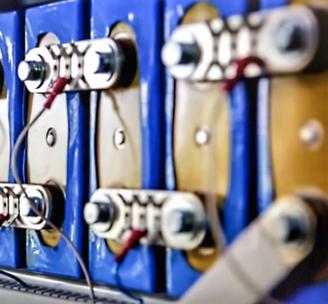 Italian researchers are making some progress towards finding an effective replacement for lithium-ion batteries. ENEA, the Italian National Agency for New Technologies, Energy and Sustainable Economic Development, is carrying out research into lithium-sulphur batteries to make them more competitive. The project aims to produce and test increasingly powerful and long-lasting batteries to be used for smartphones, tablets and computers, but also in the automotive and aviation sectors.

Lithium-sulphur batteries seem to offer some interesting advantages: apart from containing sulphur, which is less costly and easier to find in nature, they reach a very high energy density, with a specific energy, at lab level, equal to 500 Wh/kg - much higher than what can be offered by lithium-ion batteries (150 to 250 Wh/kg). In other words, the former can store the same volume of electricity as the latter, but weigh less than half as much. Moreover, they do not contain heavy metals or critical raw materials, which makes their disposal easier at the end of their life cycle.

Lithium-sulphur batteries are already being tested, but there is still a shortcoming to be tackled before they can be considered competitive on the market: their reduced life cycle due to the “shuttle effect”. Sulphur at the cathode (negative electrode) produces some intermediates – highly soluble lithium polysulphides - that migrate to the lithium anode (positive electrode). With the passing of time, the sulphur cathode completely dissolves into the electrolyte. According to ENEA researcher Mariasole Di Carli, this leads to a cyclical process by which electricity is consumed without the battery being recharged.

To solve the problem, ENEA researchers will examine the use, at the anode end, of carbon nanoparticles, which, thanks to their wider surface, can trap lithium polysulphides. Together with his fellow researchers, Pier Paolo Prosini, an expert in electrochemical storage at ENEA, will synthesise carbon nanoparticles that are suitable for lithium-sulphur batteries and will explore possible solutions.