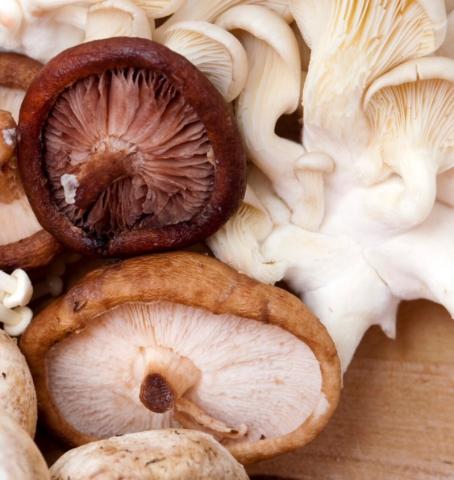 Ekofungi is a Serbian company that takes a 100% circular approach to mushroom cultivation. In 2018, the company was recognised by the OECD as the most prominent example of a circular economy enterprise in the Western Balkans and Turkey. Ekofungi has pioneered a technology for sustainable cultivation of edible mushrooms using recycled cellulose waste.

Having successfully implemented the innovative technology abroad, Ivanka Milenkovic decided to establish her own mushroom cultivation facility in Serbia in 2002. Each year, Ekofungi grows 130 tons of mushrooms, which are either sold fresh or dehydrated and mixed with other vegetables. In order to grow the mushrooms, cellulose waste from local farms (such as horse manure, straw and coffee grounds) is converted into compost, which is then inoculated with mycelium and kept cool and moist until harvest.

Once the mushrooms are harvested, Ekofungi returns the spent compost to the local farmers, who then use it as a natural soil fertiliser for growing vegetables and wheat. Agricultural waste from wheat production is used to grow oyster mushrooms and the spent compost is used for cattle feed.

The company spreads its technology through training, ad hoc consultations and an open-source business model. Futhermore, in 2009 Ivanka opened Ekofungi School. The company bases its business model on sharing its know-how on sustainable methods for growing mushrooms so that their business model can be replicated. Today, Ekofungi is considered the most prominent example of a company following the "Blue Economy" philosophy in the Balkan region.