Wiltz - a Circular Economy Hotspot in the heart of Ardennes 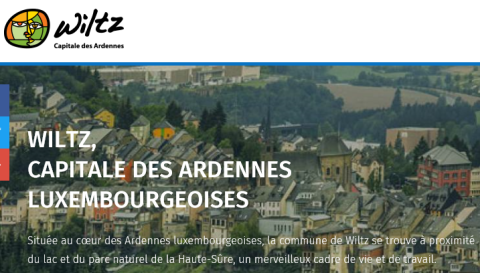 In 2015, the Luxembourg government named Wiltz a Circular Economy Hotspot, encouraging the city to "gradually integrate the rules of the circular economy into its building regulations and to promote the ecological construction of buildings with high added value, having a positive impact on the economy and environment".

In 2017, Wiltz took it a step further by integrating the concept of circular economy into the Official Declaration of the College of Aldermen for 2017 – 2023. In 2018, Wiltz renewed its political commitment with a Circular Economy Charter, by which it committed itself to mainstreaming circular economy in its future project and activities, including: