Karma connects surplus food with consumers for a lower price 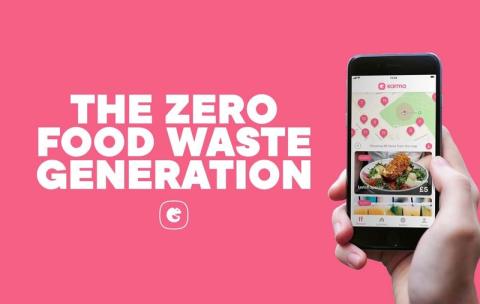 Karma is a Swedish startup founded in Stockholm, November 2016. Their app connects surplus food from restaurants, cafes and grocery stores to consumers for a lower price. As a result, users eat great food for less and businesses receive an additional revenue stream, all while reducing food waste.

Karma has reached 150 Swedish cities, working with 7000+ retailers, and attracting 1 million app users. In 2018, Karma launched in London and later set up a third market in Paris.

A third of all food produced is thrown away annually, resulting in 1.3 billion tonnes of waste worldwide. The food industry takes a major toll on the environment, from the staggering amount of resources required in production and distribution, to the CO2 emissions from waste in landfills.

Karma's ultimate mission is to ensure that food is never wasted. They want to lead the shift towards a more sustainable society. With small steps, we can make a meaningful difference for the future!