In this section you will find knowledge such as studies, reports, presentations and position papers….. all submitted by stakeholders.

To propose your own contribution, fill in our online specific form. 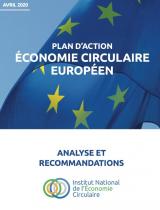 In March 2020, the European Commission published the new Circular Economy Action Plan (CEAP). Following of this publication, the French Institut National de l'Economie Circulaire (INEC) has published an analysis of the new action plan, followed by some recommendations:

To read the full report (in FR) click here.

Impacts and Insights: Circular IT Management in Practice

The report from TCO Development, the organization behind the global sustainability certification for IT products TCO Certified, explains how everyone who buys/uses IT products can implement circular practices. It sets out how circular economy (CE) helps solve many pressing sustainability challenges linked to IT products and contains 33 expert tips on circular IT management.

The European Policy Centre’s (EPC) Task Force called Digital Roadmap to Circular Economy has explored the linkages between digitalisation and circular economy, the opportunities created by data and digitally-enabled solutions, and the challenges associated with harnessing their full potential for the transition to a circular economy.

The project represents a pioneering endeavour in exploring the interconnections between the digital and green transformations and considers the implications for EU policymaking.

The final publication The circular economy: Going digital and its executive summary show that digitalisation can offer enormous possibilities for the transition to a more sustainable, circular economy but it is essential to steer it in the right direction.

The reality of plastics: myths and truths

The Circular Economy Action Group, the business initiative promoted by Forética in Spain to lead the transition of companies towards a circular economy model, has produced a report entitled "The reality of plastics: myths and truths" [La realidad de los plásticos: Mitos y verdades].

The aim of the report is to ensure a better understanding of plastic waste pollution, thus promoting the foundations of the new plastics economy. It also outlines the actions to be taken in order to improve plastic circularity.

Forética's mission is to promote the integration of social, environmental and good governance aspects in the strategy and management of companies and organisations with one objective: to achieve a sustainable future.

Resource Effectiveness and the Circular Economy

Resource Effectiveness and the Circular Economy: how to strengthen Sweden's competitiveness in a future with finite resources

The Royal Swedish Academy of Engineering Sciences (IVA) has always been a meeting place for Sweden’s future. It builds bridges between the business community, the public sector, academia and the political sphere.

Its two-year project "Resource Effectiveness and the Circular Economy" was aimed at making Sweden more competitive in a future with finite resources, in line with the UN’s Sustainable Development Goals, by economising on resources and developing new technologies, services and business models in five areas:

Read the synthesis report, marking the completion of the project, which presents the most important conclusions, recommendations and action plans from the five subprojects. 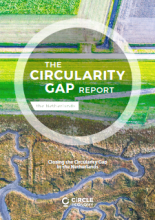 Holland Circular Hotspot is a private-public platform in which companies, knowledge institutes and local authorities collaborate to promote and support international collaboration and knowledge exchange on Dutch circular economy, and the Netherlands Enterprise Agency, a government agency for sustainable, agricultural, innovative and international business development and growth, have come together to share insights, networks and resources to help kickstart circular developments that will boost the Sustainable Development Goals (SDGs).

Circular examples from various market segments closely linked to SDGs such as agri-food, manufacturing and the built environment are included in the brochure next to cross-sectoral topics such as consumer goods or plastics.

EUMEPS op-ed on the ‘Renovation Wave’

The European Manufacturers of Expanded Polystyrene (EUMEPS) is the voice of the Expanded Polystyrene (EPS) industry. It has published an op-ed welcoming the European Commission’s commitment to a Renovation Wave and the outline of its strategy shared in the roadmap published in May 2020. It believes that this initiative is a great opportunity for scaling-up current renovation rates and EU’s climate and energy efficiency goals.

EUMEPS agrees that increased renovation can be a key contributor to creating jobs and stimulating economic recovery in the context of the COVID-19 pandemic. It embraces the Commission’s finding that buildings are also critical for making circularity work and its objective to implement the Renovation Wave in line with circular economy principles. 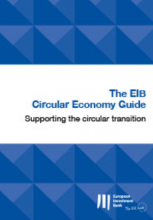 The Guide provides information about EIB’s lending and advisory activities in this field, and communicates the vision of how the EIB can further support the transition to a circular economy. It is a living document that will be updated in response to the evolving understanding of circular economy needs, opportunities and risks, and growing experience with the appraisal and financing of circular economy projects. 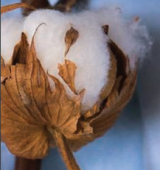 Textiles and clothing play an important role in our everyday life. But the global fashion industry model is unsustainable. It uses large amounts of resources and has negative impacts on the environment and people. The global fashion industry, therefore, has to make a transition towards a circular model. In a ‘circular’ fashion economy, clothes, textiles, and fibres are kept at their highest value during use and re-enter the economy to avoid becoming waste.

This research note produced by Ecopreneur.eu is a first inventory of the potential impacts of future EU circular fashion on non-European textile producing countries. It uses existing literature and input from four circular economy experts to analyse the economic, social and environmental impacts.